This is an old revision of the document!

Context-aware systems have been studied in several fields and developed for over 30 years. However, they are still identified as being one of the main trends that will change IT and the economy in the next 10 years. In this research project, the following research objectives related to context-aware systems are addressed:

view of context-aware systems based on the user-centric perspective, considering pervasive mobile platforms, and cloud-based service-oriented business applications as complementary components of a context aware system, with patterns for the development of context-aware multimodal user interfaces.

Based on these observations, in this proposal we argue for the following research hypotheses: 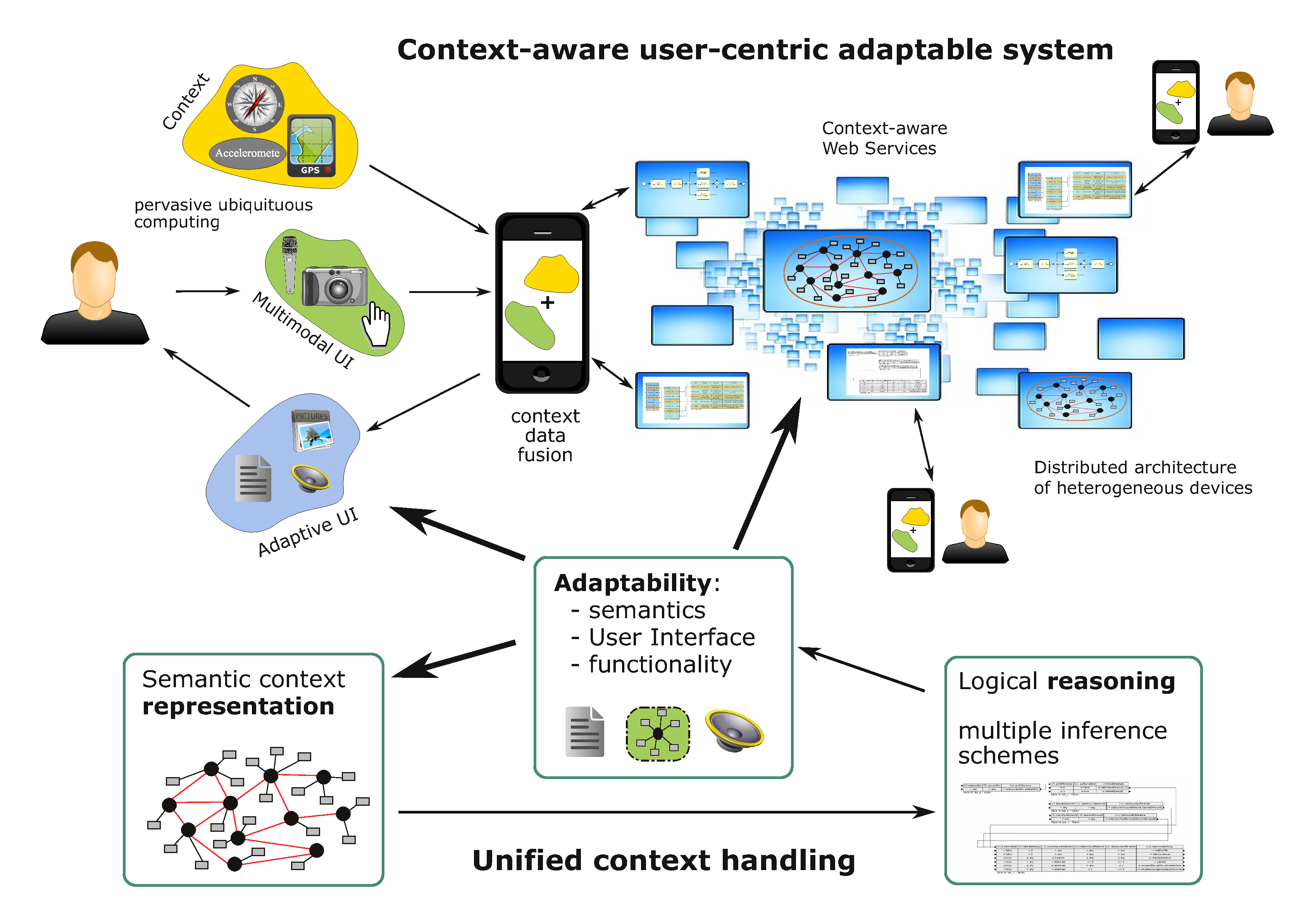 2. Research project methodology The planned methodology will include both conceptual studies as well as experimental work in the form of proof-of-concept prototypes for the evaluation purposes. In order to achieve the project objectives, a number of methods will be used. They are well known to the authors who have successfully used them in their prior work.

Key methods will include knowledge representation and reasoning. For context modeling, we will mostly use the ontologies. Rule-based representation will play an important part in the project. We will use a rule representation developed in previous projects, called XTT2 (eXtended Tabular Trees). The concept of structured and possibly distributed rule bases will be applied to model concepts on the lower and situations on the higher level. For the reasoning tasks, mostly the HeaRT rule engine will be used. The engine has already been applied for reasoning in various environments and rule base is designed to be interpreted in several ways by using different inference modes. Moreover, in the project automatic verification features of the XTT2 knowledge bases will be used.

The machine learning techniques will be used to tune the rules in the decision tables that represent concepts, so that they will be made unambiguous. To model complex context situations we will take advantage of our experience in modeling workflows and business processes. They will serve as a useful tool for visual modeling of the system dynamics that helps in complexity management. The authors have also an extensive experience in the area of distributed system modelling and verification for multi-agent applications and embedded platforms, especially using Petri nets and the Alvis modeling language for parallel systems. They will be used for prototyping on mobile platforms.

The project will also take advantage of adaptable multimodal user interfaces, as not only a system, but also user interfaces need to be adapted with context and for given situation. The authors have an experience in adapting various user interfaces for human-computer interaction.

Go back to → projects